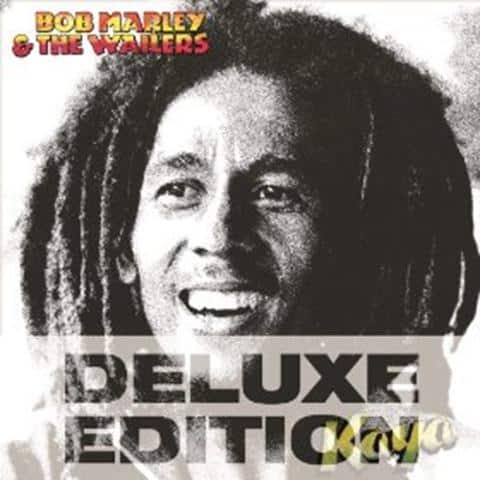 Kaya has been reworked as a Deluxe Edition, if you didn’t hear it the first time it was released, don’t miss it this time round…

Kaya is a Bob Marley and The Wailers classic roots reggae album which was originally released in 1978.  It has now been reworked as a Deluxe Edition and was released on 22nd April 2013 to celebrate the 35th anniversary of the original album launch, and has bonus tracks included, plus other free goodies on the hardcopy issue.

Bob Marley epitomises Jamaica to many people and his music is loved the world over. Highly respected and recognised in Jamaica and throughout the globe, he is, was, and always will be a Jamaican Legend.

The original album reached number 5 in the UK album charts and has now been completely reworked and remastered to bring a crisp fresh sound quality.  The Deluxe Edition features  2 CD’s with 24 tracks and includes additional tracks including,  ‘Smile Jamaica’ a studio track recorded after a failed assassination attempt at the Smile Jamaica Concert, plus the second CD features the majority of the ‘Live at Ahoy Hallen’ concert recorded in Rotterdam, Holland (Netherlands) on 7th July 1978. The CD hardcopy also features lyrics, rare photos and extensive liner notes in a 23 page booklet.

Get your copy of Kaya Deluxe Edition on these available formats. Grab your copy now!

Get More From Sweet Jamaica – Join Us Here…

Want to get updates on the move then join our FaceBook Page and Twitter Feed so you don’t miss out!
Like our FaceBook Page to get the latest news, photo’s, music, events, competitions and offers from Sweet Jamaica

FaceBook
Join our twitter feed @sweetjamaicajul for up to date happenings, information and fun from Sweet Jamaica
Looking forward to hearing from you.

Have you downloaded this album, share your experience? What is your favourite Bob Marley album? Join the Comments Below….