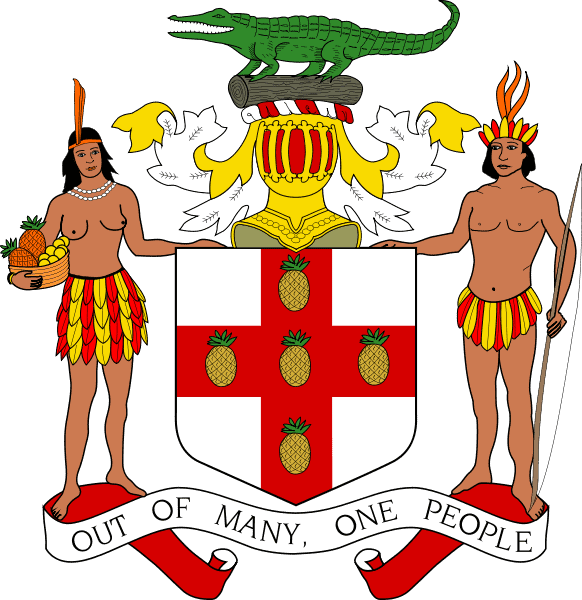 The history of Jamaica begins with an indigenous Indian tribe called the Taíno, here you can learn the facts about Jamaica and all about Christopher Columbus and the part he played…

Who Came First to Jamaica?

This might be a controversial topic, but I think it is about time that the history lessons given in schools depict what actually happened in history. What is the point of teaching children (and adults) the history of the world, that is in-fact no more than a fabrication of the truth? When educated about the history of Jamaica we are taught about Christopher Columbus a Spaniard who landed on Jamaica in 1494… Ask yourself, how can you ‘discover’ a country that had already been habituated since around 700 to 800 AD?

Let me introduce you to the real history of Jamaica.  A group of indigenous Indians who had incredible seafaring skills moved through the Caribbean chain of islands way before Senor Columbus was even born, some say as much as, 2000 – 2500 years earlier. Ethnohistorians have called these people Taínos, and believe they came into existence at the end of the first millennium, reaching maturity around 1200. The Arawaks, from the Amazon were thought to be the ancestors to the Taíno people, and are sometimes incorrectly called the first inhabitants of Jamaica.

Ultimately the original people, the real discoverers of Jamaica were Taínos. A male and female Taíno are depicted in  the Jamaican Coat of Arms, where they stand proudly on either side of the shield; as shown above.

The Taíno were short and slightly built, with coarse straight black hair and wide flattish noses and copper coloured skin and they flattened their foreheads as a sign of beauty. They lived a traditional life building conical-shaped thatched shelters in communal villages all over the island, which consisted of several family groups headed up by a Cacique (chief). The Cacique had a larger dwelling with a porch like veranda, which was called a ‘bohío’. There were reports by Morales Padron and archeologists that the Cacique were handsomely swathed in feathered head dresses, with palm leaves on their bellies, wearing large amounts of adornments including gold discs in their ears, necklaces with marble beads and gold plaques and sparkling gem stones set into jewellery worn on the forehead.

The Taíno lived in organised societies with the Cacique making decisions including making and enforcing laws, settling disputes, land distribution, organisation of labour, planting and sharing of crops and religious ceremonies. The society had two classes the Nitaínos, or noblemen, which consisted of their family members, artists and warriors and the Naboría, or working class who were the fisherman, hunters and farmers.

The women gathered food and were expert spinners of cloth, whilst the men hunted birds with stone or shark tooth tipped spears, caught fish and turtles and worked the fertile land of Jamaica growing yams, beans, corn (maize), sweet potato, spices, cassava, cotton and tobacco. Their main dish was pepperpot, a meat and vegetable stew. Most settlements were near the plains, rivers and the coastline as those were prime food gathering sources, in places such as White Marl, St Catherine, Seville, St Ann, Jacks Hill, St Andrew, and Botany Bay, St Ann. They lived a simple existence without a written language, use of the wheel or beasts of burden.

The Taino myths place the origin of humans, the sun and moon in caves. This belief lead the Taíno to view caves with great importance. There are many examples of the recording of stories and events through petroglyphs (rock carving) and pictographs (rock painting). Caves were also used by the Taino for burials and as shrines and sanctuaries where ‘images’ that played a significant role in their lives where placed.

The Taíno had lived in peaceful existence in Xaymaca (‘the land of wood and water’) as they called it, for 700 to 800 years before the Spaniards got there. They were expert crafts people, the carpenters made rough seats from wood and potters made cooking vessels from clay which they baked in the fire to harden. They baked cassava on clay griddles and ate lots of sea foods. They wore strings of beads and shells and were excellent at spinning and weaving the wild cotton that grew in Jamaica into clothing which they wore in strips at their waist and for making hammocks which they slept in. Their carpentry skills enabled them to build huge canoes from Silk Cotton Trees to fish and circumnavigate the high seas, which is said, even Christopher Columbus was impressed with.

The Taíno are said to have enjoyed a party too, making beer from cassava (after the poison had been extracted) and another alcohol from maize. They also smoked dried leaves and snorted a powdered drug through a meter long tube called a tabaco. Their Gods were represented by Zemes, which were idols of people or animals and were said to control sun, rain, hurricanes and wind; when celebrating their Zemes they induced vomiting. They also used harvested rubber and made a solid rubber ball and devised games which they played on courts.

The Taíno believed that when they died they went to Coyaba, a place of eternal rest and tranquility, that is free from hurricanes, drought and sickness with an abundance of feasting and dancing.

The Taíno contributed to certain words adopted into the English language , including  ‘hammock’, ‘hurricane’, ‘tobacco’, ‘barbeque’, ‘cassava’, ‘guava’ and ‘canoe’.

What Happened to the Taíno?

When the Spanish arrived they shot bows and arrows and set fierce dogs on the Taíno that had initially tried to defend their homeland, both of which they had never seen before. Frightened the Taínos  backed down and eventually reappeared with peace offerings, supplying the Spanish with food and gifts for the duration of their first brief stay. As the Spanish took hold over Jamaica during further visits, they made the Taíno their slaves putting them to hard labour, making them carry out difficult tasks and bringing new diseases that the Taíno hadn’t experienced before. After about fifty years of harsh treatment and they had finally killed off the majority of the original inhabitants, the indigenous Indians;  the Spanish then replaced the Taíno ‘workforce’ with slaves from Africa.

There were many Taíno sites all over Jamaica, although unfortunately most of these sites have been destroyed through the combination of farming practices, building sites and the extraction of minerals.  The Jamaican National Heritage Trust has several sites on its website that can be visited, including the White Marl Taino Midden and Museum, which is located on the Kingston to Spanish Town highway, next to the White Marl Primary School. In 2007 a large Taíno site was found in Westmoreland, now headed by the Bluefields Archaeology Project which has uncovered many interesting finds from the discovery of a ‘midden’ or rubbish / garbage dump.

There are many cave painting or Petroglyph Sites across Jamaica, including:

On 5th May 2007 the first ‘Taíno Day’ was unveiled by the Jamaican National Heritage Trust (JNHT)  to celebrate the earliest inhabitants of Jamaica with hopes of educating citizens about their various contributions to society. Each year’s celebration has a different theme, whereby the JNHT hosts a public lecture at the Institute of Jamaica located in Kingston, including a public exhibition of Taino artifacts.  The group also asks schools across the nation to take time out to remember the Taíno people whose history is often pushed aside in other national celebrations.

Previously, the day had controversially been called ‘Encounter Day’ which was  facilitated to commemorate the meeting of two cultures, the Spanish and the Taíno. But it failed to observe the fact it wasn’t a mutual, peaceful meeting and sharing of two cultures. What really occurred was the start of barbaric practises that wiped out the majority of the full-blooded Taíno in comparatively a nano-second of their earlier existence on earth.

There are many books that cover the history of the Taíno of Jamaica in much more detail including The Earliest Inhabit-ants: The Dynamics of the Jamaica Taino, published by the University of the West Indies Press (2006). It promotes Jamaican Tainan archaeology and highlights the diverse research conducted on the island’s prehistoric sites and artefacts.

The Jamaican National Heritage Trust (JNHT) website has many other interesting facts about Jamaican history and places and sites to visit: http://jnht.com/index.php