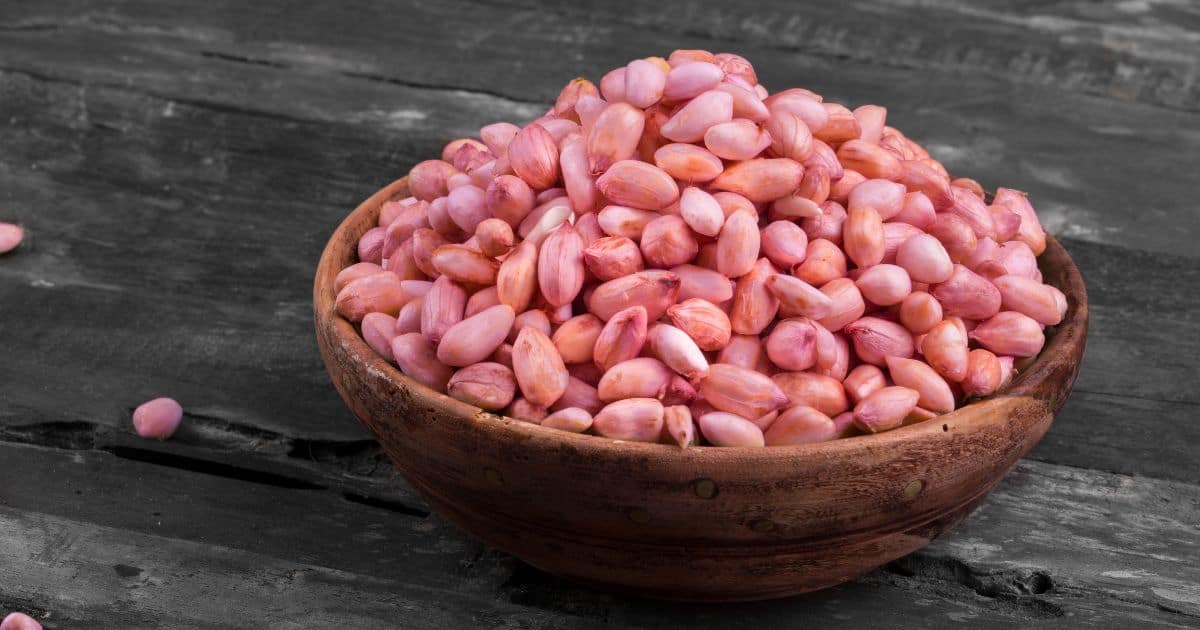 Jamaican Peanut porridge is one of the top three types of porridge eaten in Jamaica and once you try it you’ll see why it’s such a well-loved breakfast dish. Usually made with locally grown Jamaican ingredients, the peanuts, coconut (milk), cinnamon, nutmeg, and cane sugar, are all grown in the rich and fertile soil of Jamaica.

Not only does peanut porridge taste delicious it is packed with protein, vitamins, and minerals which make it a healthy and filling breakfast option for the whole family. Easily made with simple ingredients, the addition of coconut milk, cinnamon, nutmeg, and vanilla takes this dish to the next level and gives Peanut Porridge its authentic Jamaican flavor.

Although Peanut Porridge may not always be available at Jamaican hotels it can be enjoyed when venturing out into the local area as it’s often available from Jamaican restaurants (cook shops) and from street vendors who will make a huge pot and sell it right through the day until sold out.

Peanut porridge has a texture that is reminiscent of thick and delicious creamy custard. With an irresistible creamy, slightly nutty flavor that is perfectly married with the vanilla and sweetness from the milk and sugar and the spiciness of the cinnamon and nutmeg.

Jamaican peanut porridge can be served hot or cold and is delicious topped with sliced or diced fruits, nuts, and a little nut butter. Or why not serve the traditional Jamaican way with a slice or two of buttered bread or crackers.

If you are having problems getting the perfect consistency of your Jamaican Peanut Porridge follow these easy instructions for getting it back on track and ready to enjoy!

My Peanut Porridge Is Too Thick?

If your peanut porridge becomes too thick you can always add some cold water or milk to loosen the porridge whilst stirring it on a low simmer. Continue stirring until the extra liquid is fully incorporated and if cooked through, take off the heat as it will re-thicken if left to dry out on the stove.

My Peanut Porridge Is Too Runny and Thin?

If your peanut porridge is too thin you can always add some blended oats to the porridge whilst stirring it on a low simmer. Continue stirring until the extra oats are fully incorporated and cooked through, then take off the heat.

How Do I Get Rid Of Lumps In Peanut Porridge?

If you have any lumps in your peanut porridge you can try to disperse them by crushing them with the back of a spoon on the inside of the pot. Once crushed stir the peanut porridge thoroughly until they are fully incorporated.

Add a little milk or water to loosen the peanut porridge if necessary.

We have 4 Amazing Jamaican Peanut Porridge Recipes for you to try that will suit all eating habits and lifestyles. Whether you want the authentic traditional, Vegan, or chunky version of this delicious recipe you will be sure to find something you will love!

Peanut porridge is popular as a ‘street food’ in Jamaica and this recipe is reminiscent of those well-loved delights you’ll find being sold across the island.

This version of Jamaican Peanut Porridge uses green bananas and oats as a thickener.

This recipe for a Vegan Jamaican Peanut Porridge is another winner and definitely a must-try recipe!

Thick and creamy, with a spiced nutty flavor you’ll be sure to fall in love with this protein and iron-rich Jamaican Vegan breakfast option.

This recipe is Gluten Free (GF) and can be enjoyed by those following a wheat-free lifestyle too.

If you love chunky peanut butter then this recipe for Jamaican Peanut Porridge will be right up your street!

This recipe for Jamaican Peanut Porridge calls for barely blitzed raw peanuts which give this version a smooth texture with little pieces of crunchy peanut studded throughout.

Check out this recipe for Chunky Jamaican Peanut Porridge here...

This authentic peanut porridge recipe by Chef Ricardo makes use of both coconut and cow’s milk with the addition of Jamaican spices cinnamon and nutmeg for an extra smooth and creamy texture and taste.

If you are looking for a recipe with measurements, ingredients, and a full method, try one of the other tutorials we have featured above, as this video is for illustrative purposes only!

If you are thinking about making Jamaican peanut porridge check out these FAQ’s and nutritional facts about who this recipe is ideal for and learn how you can substitute certain ingredients to make it suitable for all eating lifestyles.

Peanut porridge is traditionally made with a mix of coconut water, milk, and/or condensed milk, which makes it suitable for Vegetarians but not Vegans as these products contain cow’s milk.

Is Peanut Porridge Alkaline or Acidic?

Jamaican peanut porridge is considered to be Acidic as raw (and roasted) peanuts are categorized as acidic based on their pH level. Raw peanuts have a pH of 6.87, and roasted peanuts are 6.32, making them slightly more acidic.

Jamaican Peanut porridge is naturally gluten and wheat free as it is made mainly made from Peanuts. Check what has been used to thicken the peanut porridge as flour is sometimes used, although oats (go for gluten-free oats if necessary) and green banana are more popular thickeners.

Peanuts contain fiber, and protein which fills you up builds muscle, and keeps your gut healthy. Along with magnesium, and potassium which are two minerals that help control your blood pressure.

If you want to enjoy Jamaican peanut porridge swap the cow’s milk / condensed milk, for almond (or other plant-based) milk, and go easy on the amount of sugar and salt that you add to the porridge. Why not try adding more cinnamon to the recipe instead, which is said to be a ‘false’ sweetener.

Peanuts are high in unsaturated fat and other nutrients that help your body’s ability to regulate insulin. According to a study from the Journal of the American Medical Association, eating peanuts or peanut butter may lower the risk of developing type 2 diabetes.

If you want to enjoy Jamaican peanut porridge swap the cow’s milk / condensed milk, for almond (or other plant-based) milk and go easy on the amount of sugar that you add to the porridge if you are diabetic. Why not try adding more cinnamon to the recipe instead, which is said to be a ‘false’ sweetener.

Is Peanut Porridge An Allergen?

YES! Please be aware that all these recipes contain raw peanuts which can trigger a reaction in some people and may lead to a range of symptoms including. runny nose, tingling and swelling in the throat and mouth, skin issues, breathlessness, and digestive issues. These symptoms can be fatal, so it is important to look for these signs and take immediate action to seek medical advice.

Check if anyone in your party is allergic or sensitive to peanuts before serving Peanut Porridge to anyone.

Yes! Peanut Porridge can be offered to babies older than 6 months and is full of protein, nutrients, vitamins, and minerals. Check if the baby/child is allergic or sensitive to peanuts before serving Peanut Porridge.

The Benefits of Peanut Porridge

Peanuts are rich in protein and good fats, which when eaten in moderation assist your body in lowering cholesterol levels in your body, which is also great for the health of your heart.

Peanuts are low in glycemic (low GI) which helps regulate the body’s blood sugar levels which makes them an ideal food for reducing the risk of diabetes.

Peanuts are a rich source of Vitamin B1, B3, and E, which improve the functioning of the body and protect it from diseases. It also contains essential minerals like folate, magnesium, phosphorus, and copper.

Are Peanuts A Source Of Fiber?

With up to 9g of fiber per 100g of peanuts, they are great for the digestion and for keeping everything moving in the bowels on a regular basis.

Are Peanuts A Source Of Iron?

Peanuts have 4.6g of Iron per 100g, which is needed for the body to produce red blood cells. Therefore, eating peanut porridge on a regular basis can help lessen the risk of anemia and high blood pressure.

Are Peanuts A Source Of Carbohydrates?

Peanuts are low in carbohydrates, but high in protein and fiber which gives a feeling of fullness, which can help curb the mid-morning munchies!

Are Peanuts A Source of Protein?

Peanuts provide a whopping 26g of protein per 100g serving, which makes them the most protein-dense nuts of all the commonly eaten nuts!