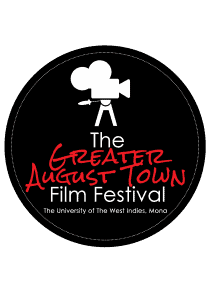 Calling all Film Lovers! If you are a film buff or an aspiring short film-maker get involved with The Greater August Town Film Festival ‘GATFFEST’. Jamaica’s very own Film Festival is being held between the 24th and the 27th April 2014 in Kingston and is hotting up as a ‘Must See’ event in Jamaica. Now in its second year, GATFFEST invites attendees and participants to the event which showcases short films from both local and international film makers, in six categories. The four-day event, mainly being  held at The Courtleigh Auditorium includes an invitation only Red Carpet Premiere Screening, free Film Workshop and August Town Community Town Tour, as well as two $500 entry Film Nights culminating in an Awards Show. GATFFEST is affiliated with the Orlando ‘Love Your Shorts’ Film Festival a respected offering from America.

How did The Greater August Town Film Project Start?

The Centre for Tourism and Policy Research at the University of the West Indies (UWI) conceived the University Township initiative, out of which the Greater August Town Film Project a community tourism project was born. The idea was to find a way to reach out to the unemployed and under achieving youths of the joint communities that make up August Town, Kingston, just south of the UWI campus. After consultation with the community it was decided that introducing the youths to film would give them a way to be uplifted. Opening a creative medium to have their voice heard and stories documented in their own words. Just under 100 young residents have benefitted from being trained in aspects of film and video production through the project aiding their future employment prospects. The project also offers an internationally recognised platform to show off their work among their peers in the film industry and potentially be awarded at GATFFEST. The Film Festival is lauded to become a destination event for tourists interested in indie film making, furthering the reach of the project in the Greater August Town communities.

How Do I Participate it GATFFEST?

Submissions are welcomed from newcomers and experienced film-makers alike, from both local and international talent. The Application Deadline is midnight on the 4th April 2014. Short films must be between 5 and 30 minutes long and can be submitted in ONE of the following categories:

Come on Jamaica! Get Involved in The GATFFEST…

Big Up Yourself Youths of Jamaica! There is creativity in the hands, hearts and minds of Jamaican’s and I would appeal to any young aspiring Jamaican film makers to submit your short films to GATFFEST and show off your talent!  It is a great way to gain some experience and exposure in the film industry and get your burgeoning talent recognised on the international film circuit.

How is the GATFFEST Awards Judged?

All films accepted by the Review Committee will be reviewed and judged by a panel prior to the start of the festival, with the official winners being announced on the last night.  The People’s Choice awards will be voted for by secret ballot. Each night the audience is asked to vote for their favourite film(s), with the winner being announced after the showing of each block.

This information has been copied from the GATFFEST website…

Rules and Submission Guidelines to GATFFEST

How to submit your film to GATFFEST

Like our Sweet Jamaica FaceBook Page to get the latest news, photo’s, music, events, competitions and offers from

Join our Sweet Jamaica Twitter feed for up to date happenings, information and fun from  @sweetjamaicajul

Will you be attending or participating in GATFFEST? If you had the opportunity, what topic would you tackle in a 30 minute short film? Get in touch below we look forward to hearing from you…